I’m glad to share with you information about Windows Server 2019 webinar which will be on October 3th provided from Altaro software. Please join us.

Whenever a new version of Windows Server gets released there’s always a lot of attention
and media coverage so it’s nice to have an hour-long session where you can sit back and let a panel of Microsoft experts cut through the noise and give you all the information you
need.
It’s also a great chance to ask your questions direct to those with the inside knowledge and receive answers live on air.
Over 2000 people have now registered for this webinar and I’m going to be joining too. It’s
free to register – what are you waiting for?
Save your seat: https://goo.gl/QixbPz

Convert/Copy the content of pass-through disks to .VHDX file format

In this blog post I’d like to show you how to convert, copy the content of past-through disk to virtual hard disk, .VHDX.
I’ll not write about differences between those two disk format, will only show you how to simple convert. To be honest, this post is note for me

So, let’s start, step by step.

The contents of the pass-through disk or the direct-attached storage disk will be converted to the .vhdx file format. This might take some time depending on the size.
For example: For 1.2TB pass-trough disk I needed almost seven hours on the SAS 15K disk drives.

NOTE: Keep in mind that your virtual machine will be unavailable during the convert/copy process. 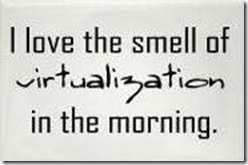