As I said a few times so far, I have been writing blog posts to be my reminder and help to other blog readers :). Two days ago I migrate one of virtual machines from Windows Server 2008 R2 Hyper-V host to Windows Server 2012 R2 Hyper-V host. As many times until now I did Export then copy to the new storage and then Import, but… I forgot that I already did that a few months ago and what first need to do :). I got error like in the picture below ;)

This isn’t something new. I rewrite Rhoderick’s and Taylor’s articles. Thank you guys.

What to do? We have two solutions!

The first is as follows:

Shut down all Hyper-V virtual machines on the WS2008R2 host then stop the Hyper-V Virtual Machine Management service. 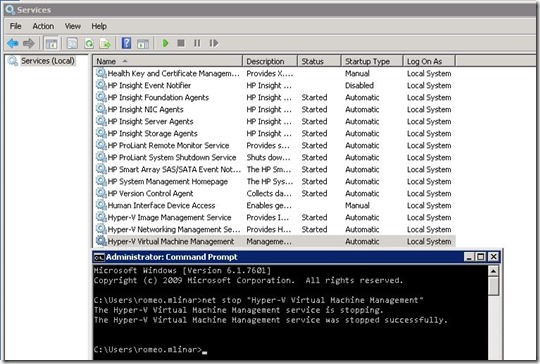 Copy all virtual machines what you want to migrate to WS2012R2 Hyper-V host then Import Virtual Machine… That’s easy way, but… 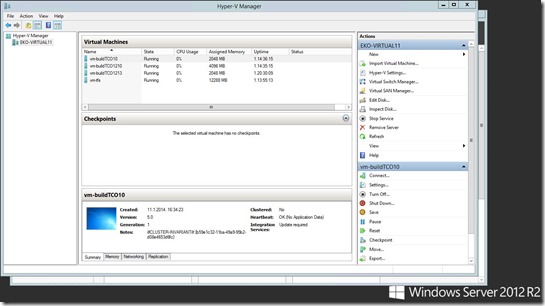 What if we already did Export and we don’t have WS2008R2 Hyper-V host?

The second resolution is as follows:

Now we can do whatever we want to do :)

I worked over the holidays and from tomorrow I’m going to deserved break until the end of the week.

In this blog post I’d like to explain how to create Generation 2 Virtual Machine in few seconds with PowerShell. This .ps1 script is a very simple and you can create just one VM but you can edit it for your needs.
In the last two years on my lectures I noticed that many of attendees don’t understand the basics and also they are ashamed to ask in the front of other attendees. For that reason I want to help them!

This is my way how to create VM. I used PowerShell ISE for the better look 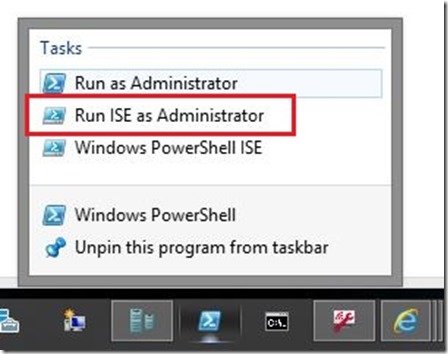 Type command like in the picture below, edit what you need to edit and press Run Script (F5). 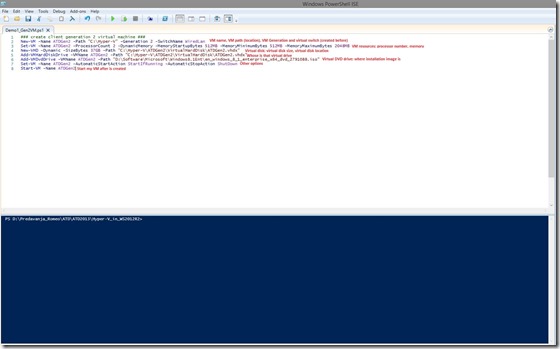 And voila, in the few seconds VM is created. You will need approximately two minutes for OS installation on SSD. As you can see, VM is Up & Running.