IT conferences season 2016 is over

I’m done with IT conferences for this year

. After the Spring tour I took a break from the IT conferences and then after the summer, started again

. So, now it’s time to take a longer break during the winter!
Here is a short overview where I was a speaker and participant during the last couple of months. 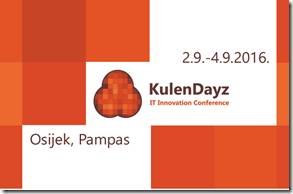 One of the best IT conference in our region, Kulendayz. I had one day workshop and one session on the second conference day.

On September 19. I was a speaker at MSCommunity.ba conference in Sarajevo, Bosnia and Herzegovina. I had a session about Windows Containers! 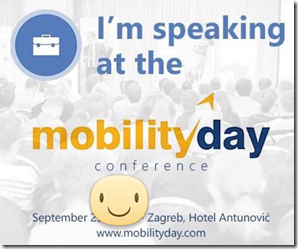 The third IT conference in circle was MobilityDay conference organized by Citus where I had a session about “Private Datacenter”, of course, the main topic was Hyper-V 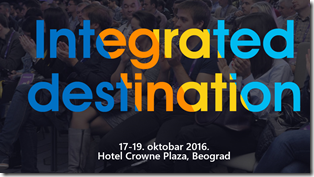 After the MobilityDay I had a great session about Hyper-V Performance Tuning in Belgrade, Serbia on Sinergija IT conference. 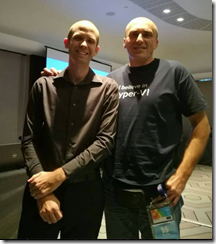 I had the honor to spend few days with Ben Armstrong aka VirtualPCGuy, Hyper-V Principal Program Manager from Microsoft and to talk about great new technologies from the MS world. 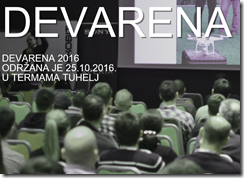 As every year since 2010 there is a DevArena where I had a session about Docker and Windows Containers. 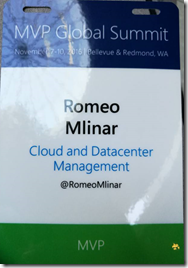 The last IT conference for this year was Advanced Techonology Days 12 [ATD]. This conference was organized by the Microsoft Croatia, where there were more than 500 participants.

So, these were all main IT conferences this fall

. We have few IT Pro user group meetings until the end year and I call you to visit us in Microsoft Croatia office!