This days I had honor to upgrade TFS 2013 to TFS 2015 RC. RC is release candidate and it’s not officially supported, but if you have “support” from your MVP fellows and experts it’s not that hard to do something like this

Of course, at the beginning I had a couple of issues with upgrade, but at the end everything went perfectly thanks to the Microsoft and MVPs experts and now I want to share this experience with you.

The TFS infrastructure is as follows:

Both servers are in the same domain and they have been using the same service accounts.

We did following (this is classic/usual upgrade procedure):
1. TFS Backup procedure through TFS Administration Console –> Scheduled Backups –> Manual backup (on the TFS 2013 side)
2. Databases have been restored through TFS Administration Console –> Restore Databases (on the TFS 2015 RC side)
3. During the Upgrade process on the last wizard tab we’ve got the error visible in the picture below. 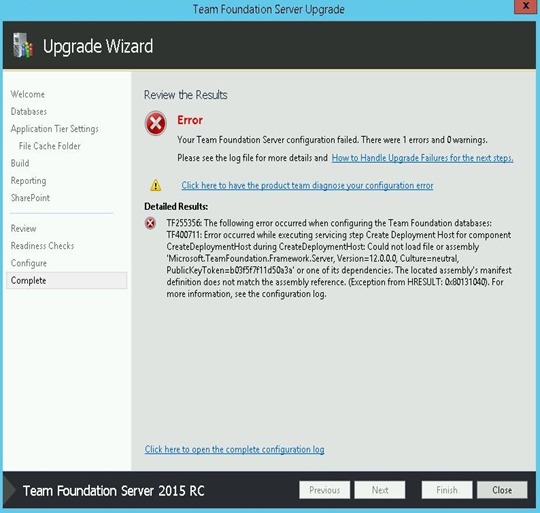 And what to do now? 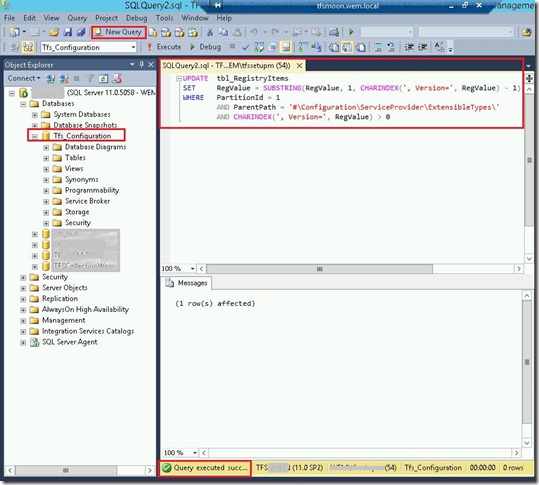 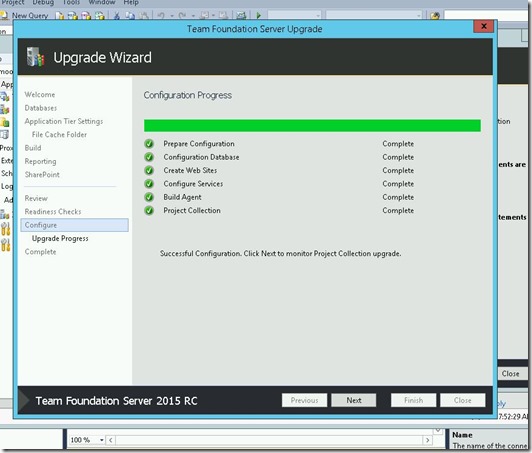 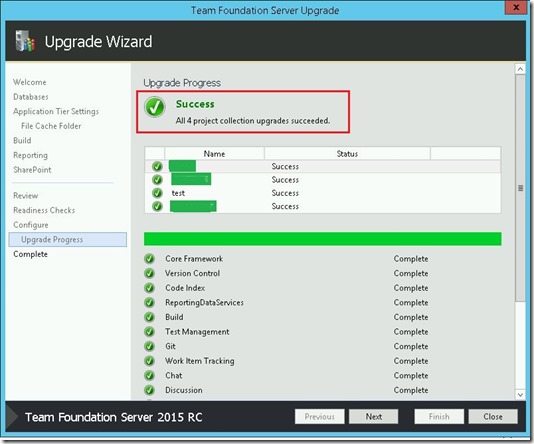 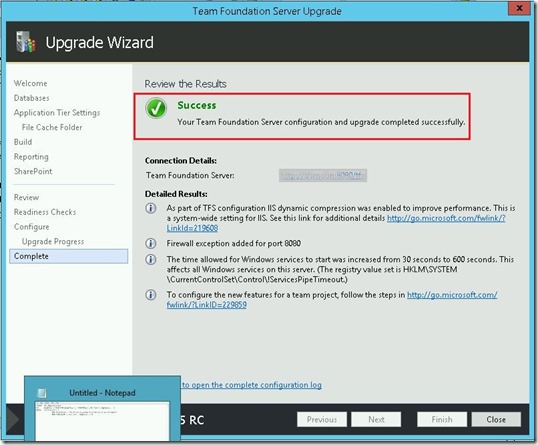 Microsoft will fix this issue in Team Foundation Server 2015 RTM!