So what is the difference?
Microsoft Hyper-V Server 2008 R2 is actually a free stripped down version of the Windows Server 2008 operating system designed to be a simplified virtualization solution for consolidating servers, development, and testing environments. 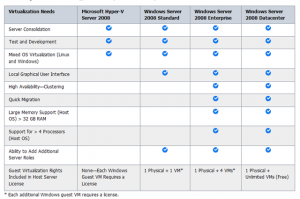 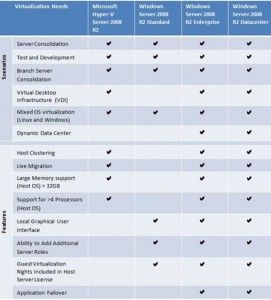